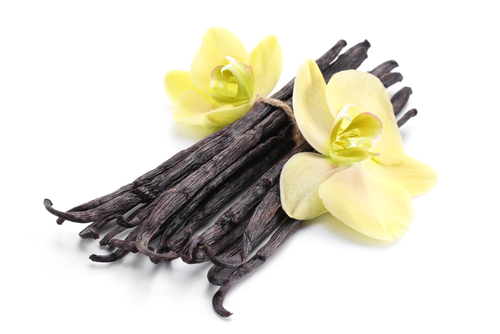 The term French vanilla is often used to designate preparations with a strong vanilla aroma, contain vanilla grains and may also contain eggs (especially egg yolks). The appellation originates from the French style of making vanilla ice cream with a custard base, using vanilla pods, cream, and egg yolks. Inclusion of vanilla varietals from any of the former French dependencies or overseas France noted for their exports may in fact be a part of the flavoring, though it may often be coincidental. Alternatively, French vanilla is taken to refer to a vanilla-custard flavor.[20] Syrup labeled as French vanilla may include custard, caramel or butterscotch flavors in addition to vanilla.