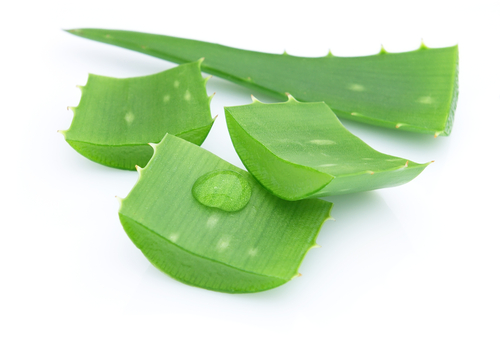 Aloe vera is a succulent plant species that is found only in cultivation, having no naturally occurring populations, although closely related aloes do occur in northern Africa. The species is frequently cited as being used in herbal medicine since the beginning of the first century AD. Extracts from Aloe vera are widely used in the cosmetics and alternative medicine industries, being marketed as variously having rejuvenating, healing, or soothing properties.